From Military Performance To All-Terrain Fun: The Jeep Brand In Alberta

In 1940 the threat of war was growing - with North America soon to enter the global fray. The need for military-grade vehicles that could withstand both battlefield rescues and backroad reconnaissance proved undeniable; and automotive manufacturers were asked to answer the call.

Three - Bantam, Willys-Overland, and Ford - did; and, together, they created what would become the predecessor for off-road performance: the Jeep.

Since 1941 Jeep has been tailored for the roughest terrains - emphasizing precise performance and exceptional power. It’s created a tradition of all-wheel control, and its most popular trims (the Cherokee, Wrangler, Compass, and Grand Cherokee) have dominated charts and trails alike. 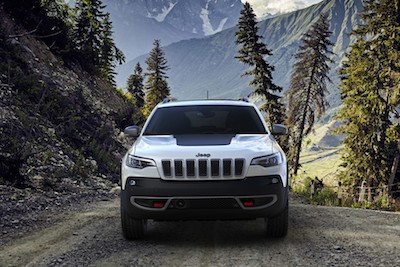 The Jeep Cherokee In Calgary, Alberta

Unveiled in 1973, the Jeep Cherokee has proven an enduring option on the backroads - and its latest incarnation, the 2021 model, is no exception. Anchored by a standard 2.4L TigerShark engine, this class-leading SUV delivers 180 HP and 170 lb.-ft of torque; while its Selec-Terrain technology pairs with available Active Drive capability to nimbly respond to changing conditions. It's a nine-speed beast that thrills with every rev. 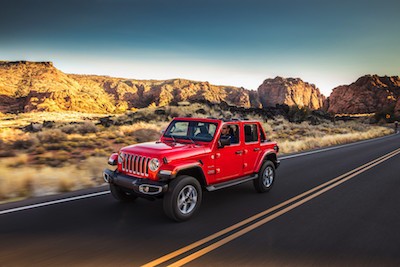 The Jeep Wrangler In Calgary, Alberta

Since 1986 the Wrangler has conquered every terrain - and its 2021 variation continues this tradition. Jeep has tailored this platform for adventure. Standard CommandTrac tech blends part-time shift-on-the-fly capabilities with 4x4 precision, while the available RockTrac system offers 4:1 low range performance. Combine this with an optional heavy-duty suspension and all-season tires to assure nimble manoeuvring on any Alberta road. 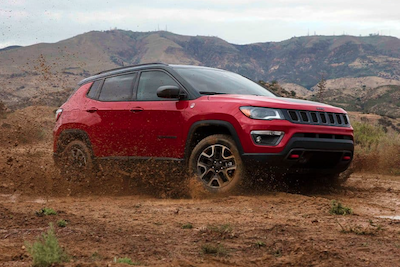 The Jeep Compass in Calgary, Alberta

The Compass is one of the newest additions to the Jeep fleet (arriving in 2007), but its 2021 trims prove ready to compete with even the most established utility brands. It delivers 180 HP and 175 lb.-ft of torque, courtesy of its 2.4L MultiAir inline-four engine; and, when properly equipped, it can accommodate up to 907 kg (2,000 pounds) of trailering. This pairs with advanced brake traction technology that maximizes control on rough terrains.

In 1993 Jeep revealed its Grand Cherokee and redefined the sport utility market. For 2021 it continues to leave the competition behind, affording up to 707 HP and 645 lb.-ft of torque (when mated to an available 6.2L SRT engine). Experience deft performance, with an eight-speed automatic transmission pairing with available Quadra-Lift technology; and achieve best-in-class payload strength (3,265-kg) with help from the exclusive Trailer Tow Group.

For decades Jeep has reigned as the premier all-terrain brand - and, with the release of its 2021 line-up, it will continue to thrill. Explore all of Alberta with high-performance ease.

To learn more about the new Jeep fleet - or to schedule a test-drive in one of our available SUVs - contact Renfrew Chrysler today.