One midsize SUV that likes to shake up the way people look at SUVs is the Dodge Durango. Since its 2011 redesign, the Dodge Durango has been about packing performance and sporty styling into a supremely functional and family-friendly form factor. Just a peek at the front end of Durango hints at the kind of power that’s underneath the hood. While many automakers are trending toward making cars look sportier without actually changing the engine, the 2020 Dodge Durango offers three different engines to back up its looks. Read on to learn more about each engine option and how well they perform

The base trim level of the 2020 Dodge Durango delivers incredible performance for a base model. Owners of this version of the Durango get the energetic 3.6L Pentastar® V6 engine. This engine gets respectable gas mileage, and achieves 295 horsepower, nearly hitting the impressive 300 horsepower mark. Its torque is not far behind, either, reaching 260 lb-ft at its best. This engine can be paired with either RWD- or AWD-equipped models.

Legendary Chrysler engine design brings HEMI® power to the Durango in the form of the 5.7L HEMI® V8 engine. This engine has variable valve timing and fuel-saver technology, making it achieve its potential of power without burning up too much fuel on every mile driven. Drivers can get a nice, memorable 360 horsepower out of this engine and impressive torque to the tune of 390 lb-ft. As powerful as this engine is for a midsize SUV, it is far from the most powerful.

The greatest level of power comes out of the 6.4L HEMI® V8 engine. This engine can be found on the SRT® All-Wheel-Drive model and produces 475 horsepower. Its incredible horsepower is almost matched by its torque, which reaches a maximum of 470 lb-ft. To put things in perspective, this engine is nearly as powerful as the 392 HEMI® V8 engine found in some versions of the Dodge Challenger. 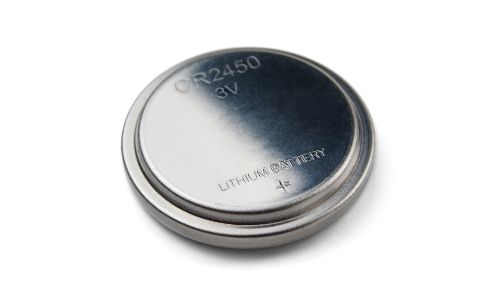 What Kind of Battery Does My Car’s Key Fob Need?

How to Change the Battery in your Dodge Key Fob

This entry was posted on Monday, April 20th, 2020 at 6:09 pm and is filed under Dodge Durango. You can follow any responses to this entry through the RSS 2.0 feed. You can skip to the end and leave a response. Pinging is currently not allowed.

We want to help you find the perfect car that fits your budget. Please adjust the options below so we can estimate the most accurate monthly payments.

How much will you put down?